It is one of Britain’s rarest and most threatened species, primarily due to bottom-trawling fishing, but researchers have found that the pink sea fan coral could expand its range in the climate crisis.

A slow-growing coral found in shallow waters from the western Mediterranean to north-west Ireland and south-west England and Wales, the pink sea fan (Eunicella verrucosa) is classified as vulnerable by the International Union for Conservation of Nature.

But a study by researchers from Exeter University found that the species is likely to spread northwards – including further around the British coast as far as Scotland – by 2100 as global temperatures rise.

The results, published in the journal PeerJ, could be used to identify priority areas to protect the species from bottom trawling and other threats.

Dr Tom Jenkins, from Exeter University, said: “We built models to predict the current and future habitat of pink sea fans across an area covering the Bay of Biscay, the British Isles and southern Norway.”

Using a global heating model called RCP 8.5, the researchers predicted that by 2100 there would be suitable habitats for pink sea fans north of the current range. Successful colonisation, the study found, would depend on several factors, including dispersal and competition. 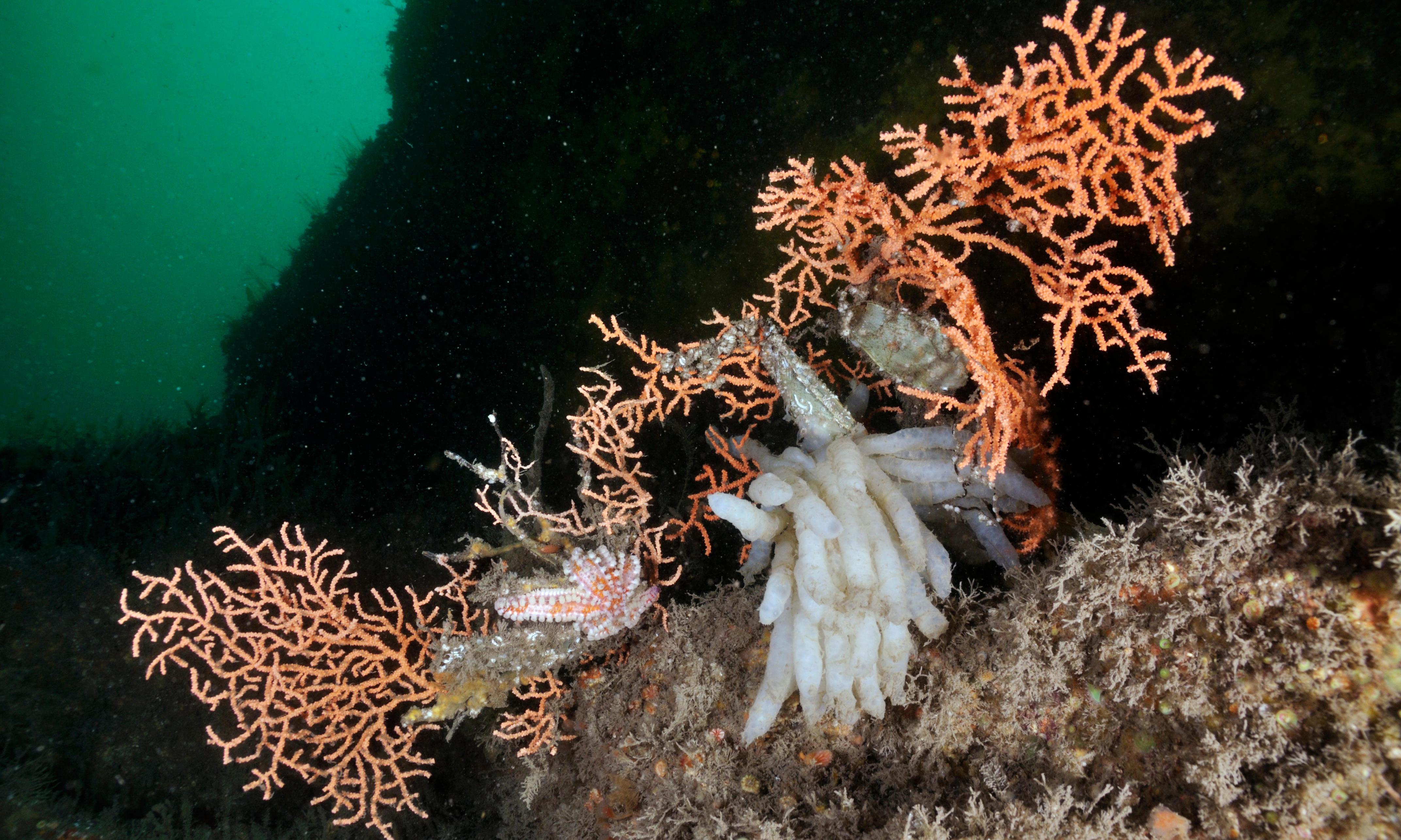 Jenkins said: “The model predictions revealed current areas of suitable habitat beyond the current northern range limits of the pink sea fan, in areas where colonies have not yet been observed.

“It’s not clear why pink sea fans have not yet colonised these areas,” he added. Possible barriers include competition for space and resources, and insufficient dispersal of coral larvae.

Existing habitats, across south-west Britain, the Channel Islands and north-west France, were also predicted to remain suitable for sea fans over the next 60 to 80 years.

Pink sea fans are ecologically important because they add complexity to reef systems and support marine biodiversity, especially when they form dense “forests”,which are found off Cornwall and Devon. They are an indicator of ecosystem health, and fragmented or diseased colonies may be linked to disturbance from bottom-towed fishing gear.

The paper also examined another soft “octocoral” species called dead man’s fingers. Researchers found an overall decrease in suitable habitat in the southern part of the study area for this species and an increase in the northern part of its range.

While they predicted the sea fan would be resilient to the climate crisis, the Exeter researchers also acknowledged uncertainty in how the corals might react over time.

Dr Jamie Stevens, also from Exeter University, said: “This research highlights the complex effects of climate change on marine ecosystems, in which the ranges of some species respond to warming by shifting pole-wards.

“In a rapidly changing mosaic of habitats, some species – typically those favouring warmer conditions – may come out as short-term ‘winners’. How long these species can continue to expand and benefit in the face of accelerated warming remains to be seen.”