Three days before India’s environment minister boarded a flight to Egypt for this year’s UN climate summit, Cop27, the country’s finance minister was busy with a new announcement.

“India needs greater investment in coal production,” said Nirmala Sitharaman at the Delhi launch of India’s biggest ever coalmine auction, where 141 new sites for coalmines will be sold off to the highest bidder.

At a time when the world’s future hinges on a dramatic global reduction of carbon dioxide emissions and global leaders are gathered in Sharm el-Sheikh to try to limit the impact of the climate crisis – with decarbonisation on the agenda – the Indian government is continuing on its biggest ever push for domestic coal production, even toying with the idea of producing so much it could become a future coal exporter.

This was the sixth, and largest, such auction the Indian government has held since 2020, when it privatised the coal industry. Two-thirds of the 968 sites that are allocated for mines, known as coal blocks, are on untouched land and many sit under India’s most ecologically rich and fragile forests, and rural areas populated by tribal communities that will be destroyed if the new projects go ahead.

“The worst part is that in order to open up more coal, the government is allowing mining in dense forested areas. Forests are sinks of carbon dioxide so if you are getting new coal to burn by chopping down forests, it’s a double whammy of environmental disaster,” said Sudiep Shrivastava, a lawyer who has fought back against new coal blocks.

In Hasdeo Arand, a dense forested area in the state of Chhattisgarh, where 23 coal blocks have been proposed and seven approved – which would wreak havoc on some of India’s oldest and most biodiverse environments and displace thousands of tribal people – communities have been fighting back against the mines.

According to anti-mining activists, opening up coalmines in the area will not only lead to the loss of thousands of hectares of forest land, but also affect the flow of the river, cause pollution and displace many villagers and tribal communities who live off the forests. In October last year, hundreds of villagers from the region marched almost 200 miles on foot from their villages to the state capital, Raipur, to register a protest against the proposed coalmines. 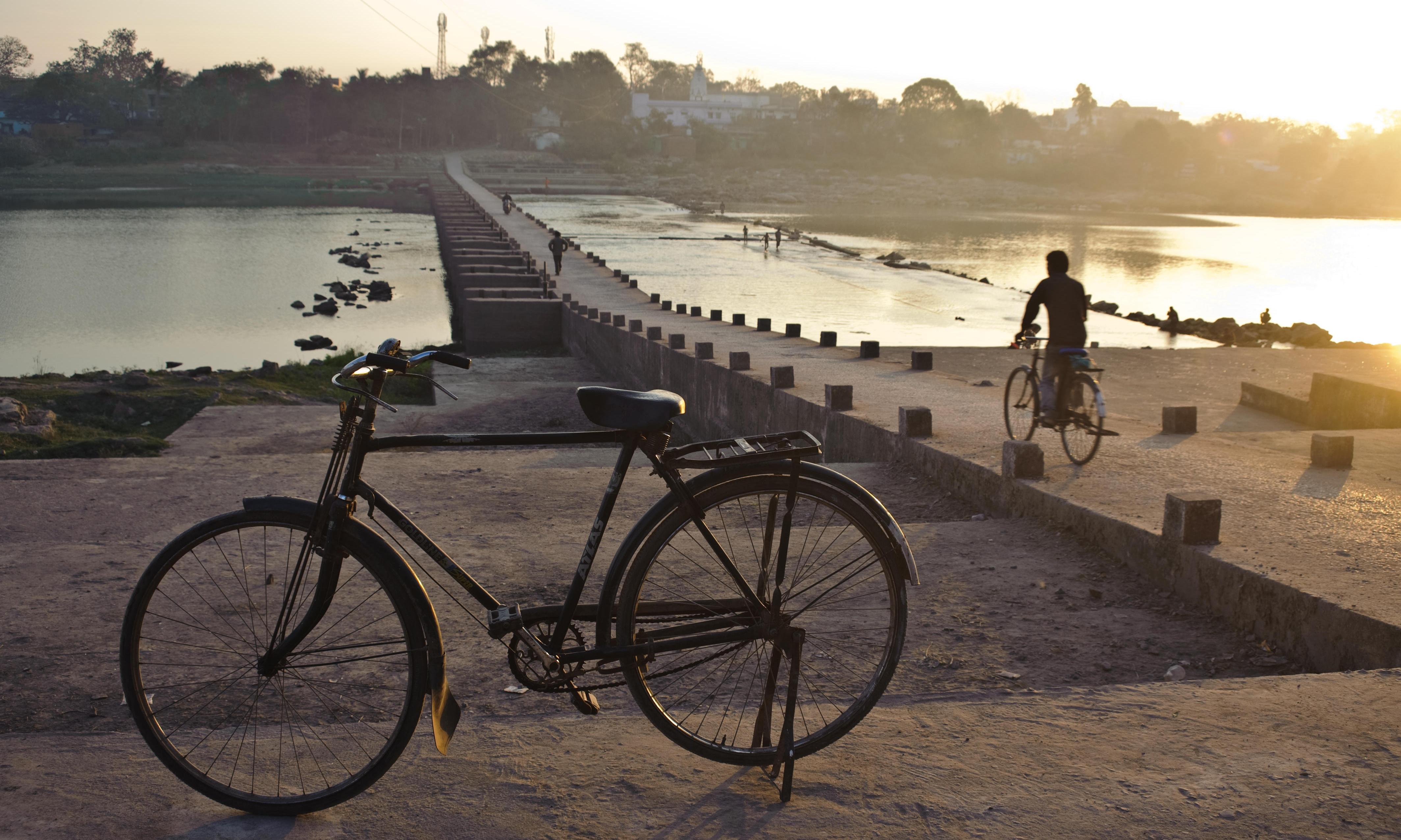 On the global stage, India’s prime minister, Narendra Modi, has presented himself as a staunch environmentalist, and speaking at the G20 meeting on Tuesday, Modi said: “India is committed to clean energy and environment.” Yet India has also made no secret of the fact that it will need coal for decades to come, even as it increases its reliance on renewables and moves towards net zero in 2070.

It was one of the most dramatic moments at the Cop26 climate talks in Glasgow last year when India, backed by China, made a last-minute intervention to water down the language of the final agreement, changing the commitment to “phase down” rather than “phase out” coal power. Coal currently accounts for 70% of electricity generation in India, while renewables count for only about 12%.

At Cop27 this year, the Indian position has been to try to counter the pressure to reduce its continued reliance on coal by pushing for an agreement to phase down all fossil fuels, including gas, which Europe and the US are still heavily dependent on. India’s argument is that it is unfair to single out coal – which is primarily used by developing countries – while other fossil fuels widely used in western countries remain unsanctioned. Speaking on Monday, the environment minister, Bhupender Yadav, who is representing India at Cop27, accused developed nations of “turning back to fossil fuels” as the energy crisis hit. 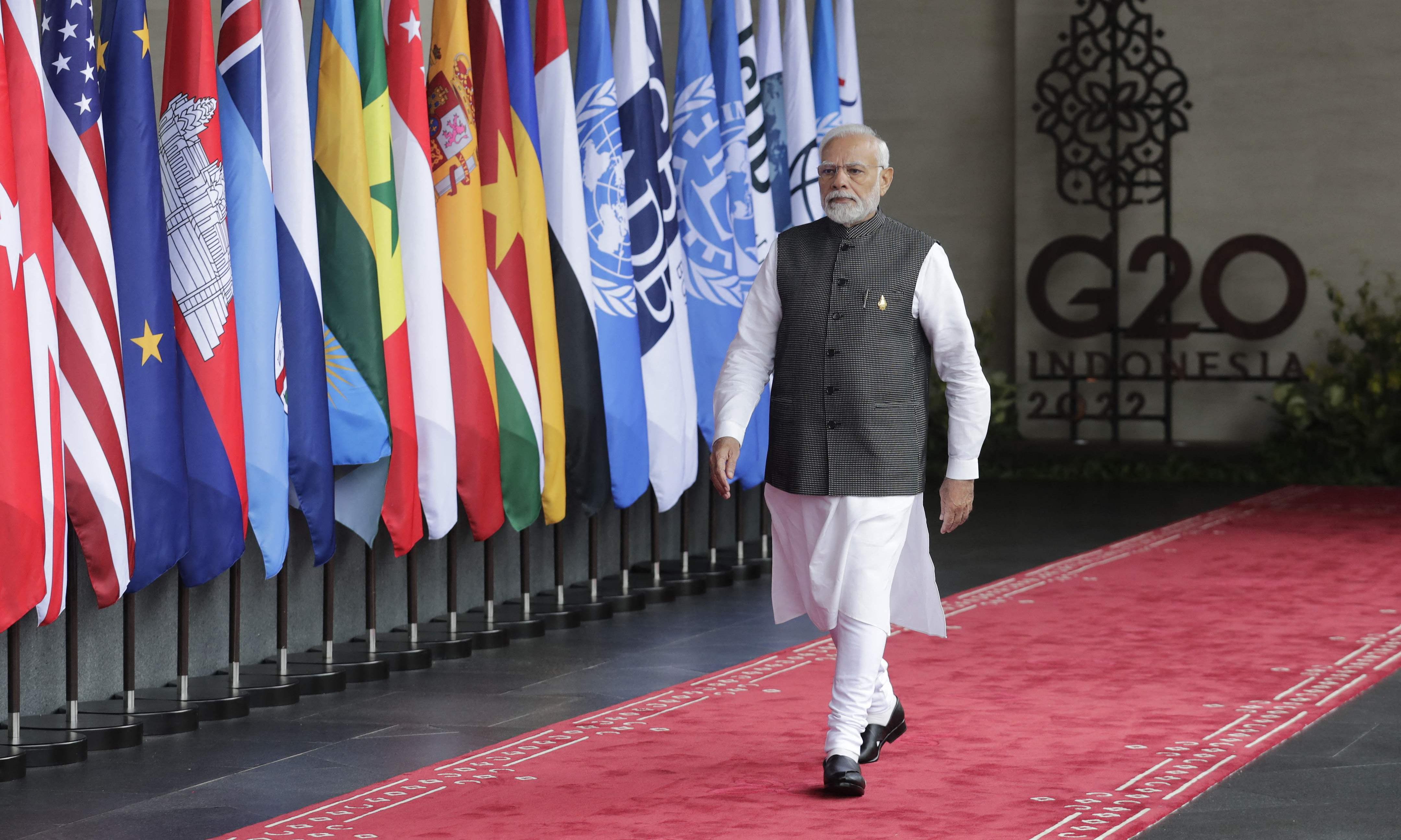 Ashish Fernandes, the chief executive officer of Climate Risk Horizons, which analyses the impact of the climate crisis in India, said: “It’s quite clear because of the west’s failure to live up to its commitments to undertake serious emissions reductions and to meet the promised financing commitments, India is using coal as a bargaining chip. It’s hard to criticise India’s plans for new coal when Europe is looking to build up so much more new gas.”

India is already at the forefront of the climate crisis. This year two-thirds of the country suffered months of an unprecedented heatwave that decimated crops and livelihoods. There were extreme weather events on 80% of days this year.

Yet the Indian government’s position is that as a fast-developing country, which is the world’s second-largest importer of coal, it is necessary in the name of self-reliance and energy security for the country to take advantage of its own vast domestic coal reserves, said to be the fourth largest in the world. As a historically low emitter of carbon emissions compared with the west, ministers claim it is unfair to penalise such actions. Under plans promoted by Modi, India plans to increase its domestic coal production to a 1bn tonnes a year.

In the year since Cop26, the government says the situation has become even more pressing. India’s electricity demand soared post-Covid and foreign coal prices hit record highs because of inflation and the war in Ukraine, costing the government billions of rupees to import what was needed.

In April, after the hottest March in 122 years, the country suffered a grave coal shortage and some coal-fired power stations had less than three days supply left, resulting in rolling power cuts.

Nivit Yadav, programme director at the environment thinktank Centre for Science and Environment said: “You can’t avoid the fact that India still needs coal and we need to reduce our dependency on imported coal, which is becoming costlier by the day. Long term, we definitely want our reliance on coal to be reduced as much as possible but there is so much conflict around the world, India has to secure its energy.”

Yet environmentalists and thinktanks have argued that opening up hundreds of new coalmines across India is both environmentally devastating and unnecessary. Multiple studies have shown that India’s current capacity of coalmines and coal-fired power stations are more than enough to meet India’s growing electricity demand if they operate efficiently.

The coal shortages that hit in April and May are said not to have been due to a lack of domestic coal, but instead poor planning by power companies, and analysis showed that they could have been avoided if there had been greater investment in renewables. India now produces the world’s cheapest solar power, and prices will continue to fall.

“India does not need more coal,” said Fernandes. “There is no financial or energy requirement for new coal construction in India, this is all political.” He emphasised that India’s current coal power generation was “suboptimal”, only currently running at about 60% capacity, and if run properly would be more than enough to meet the electricity demands of a fast-developing nation.

On average, India’s coalmines use only two-thirds of the capacity, with some large ones using only 1%, according to analysis by Global Energy Monitor (GEM), calling into question the need to open up more.

Fernandes said such huge new investment in coal now meant there was “a real chance that it will undermine the renewable energy industry” by tying India’s electricity sector into a contractual commitment to coal for decades to come, even as renewables are cheaper.

There is also the issue that India’s coal, with its high ash content, is notoriously polluting and inefficient to burn, requiring twice as much to produce the same amount of power as imported coal. It is also difficult to transport. Many coal-powered fire stations are on the coast, specifically built to receive sea shipments of imported coal, and are hundreds of miles away from the central Indian states where many of the coal blocks are located, putting huge pressure on passenger railway lines.

For environmentalists, one of the greatest concerns is that the push for new coalmines is coming as India’s environmental regulations are being watered down, particularly for power infrastructure projects, while laws around coal “act like an implicit subsidy to coal development”, according to a recent report by the Smith School of Enterprise and the Environment at Oxford University. Currently coal blocks are auctioned off before any environmental clearances are done on the area.

For the new coalmine in Hasdeo Arand, local people allege the projects have been given all the environmental clearances by the state government without their constitutionally-bound consent and by using fabricated documents.

“Once the forest is gone, the people will not only lose their livelihoods but also their heritage, their culture, their religion, because they worship the forests – but their voices have been silenced” said Alok Shukla, an environmental activist who has been at the forefront of the community opposition to the new coal mines in Hasdeo Arand. “Tearing it down will also affect the monsoons as well because it disrupts the whole ecosystem. Tell me, what coal is worth that?” More than £70 million to turbocharge the future of clean transport

A world-first heavy tractor powered by farm waste is just one of the ... The prospect of a European winter energy crisis loomed from the moment ...