The 6.30am twin-engine service from Brisbane to Gladstone on Monday morning is chock full of blokes in hi-vis and heavy boots.

But this week federal public servants, journalists, renewable energy advocates and the Queensland energy minister joined the usual crowd of Fifo workers descending on the town.

They travelled for the Gladstone council’s unveiling of a 10-year energy transition plan, designed to reposition the region as “a renewable energy superpower”.

The glossy brochures accompanying the plan are big on lofty ambition but light on measurable outcomes. The talk is of a rapidly expanding workforce building “massive amounts” of large scale renewable energy projects and of leading global green hydrogen production.

This kind of document would not often make national news. But this is Gladstone, the world’s fifth largest coal exporting port, a harbour town built on heavy industries like alumina, ammonia and liquefied natural gas exports.

It is Australia’s “carbon capital”.

That economic transition is being spoken about at all – let alone loudly spruiked by the mayor and unanimously backed by his council – is significant.

“A few years ago talking about renewables was a taboo subject,” Gladstone Conservation Council’s Anna Hitchcock says. “Now it’s all totally out in the open.”

For one of the plan’s leading architects, The Next Economy’s chief executive, Dr Amanda Cahill, that’s the point.

The roadmap is not one of graphs and modelling she says. Though research-based, it is more of a “wayfinder”. Governments can aim for net zero targets in 2050, but the pace of technological change is happening so fast that “if you can see beyond five years you’re doing well”.

The plan stakes out council’s role in the transition in areas like building facilities to make sure workers choose to raise families locally, not fly back to their homes. Cahill says the plan is also about sending a message.

“[This is] a signal to the world that there has been a shift about where people’s heads are at and what they are willing to do,” she says.

So could this region, synonymous in the imagination of many with infamous clashes between coalminers and the environmentalists, really be gearing up to drive the country towards a green energy future?

That might be the question, but talk in the town on Monday is dominated by another portentous arrival that morning.

Down at the Gladstone coal exporters maritime precinct – funded by Wiggins Island Coal Export Terminal Pty Ltd 2014 (Stage 1), a sign reminds visitors – a crowd of stall holders awaits the MS Noordam, the first cruise ship to dock since the outbreak of the pandemic.

Lorraine Christopher is among them, hoping to sell some of the hats, stubby holders and jewellery she makes from flattened beer and premix cans, ring pulls and yarn.

When it comes to the energy transition, the 83-year-old is agnostic and philosophical. She doesn’t care much for what the big end of town produces.

But from her home in a nearby caravan park, she has had a front-row seat to the sometimes devastating impacts of the booms and busts of the town’s industry on the people who live there.

When Christopher and her then husband moved to Gladstone in 1968, one of the largest alumina refineries in the world, Queensland Alumina Limited (QAL), had just fired up production.

Good luck finding a place to live, was the advice from a real estate agent. About five years ago another boom, this time LNG, saw her caravan park swollen with itinerant workers. Now it stands largely empty.

The many vacant stores that scar Gladstone’s main drag, the abandoned childcare centre and the closure of its maternity ward are all reminders of recent better times.

Even Gladstone’s deputy mayor, Kahn Goodluck, says the town is no stranger to “boom-bust, winner-loser cycles”.

Like his brothers and father, the former boilermaker has his family name tattooed across his fingers. He is still in touch with many old mates from the factories, and he knows those who got the right jobs and bought the right homes at the right time. He also knows those who saw the value of their homes plummet hundreds of thousands of dollars below what they paid, saddling them with debt larger than many will ever make back.

“That shouldn’t be how we do business,” he says.

Which is the major caveat to the council’s otherwise upbeat plan. The transition will leave a positive economic legacy, it says, “if managed well”.

Economist Ross Garnaut writes about the Gladstone region at length in his latest book The Superpower Transformation.

Unlike the commodity-led booms, he identifies an opportunity for sustained, steady growth. “This is a transformation and not part of the commodity cycle,” he says.

But like the berthing of the Noordam, it brings both opportunity and real risk.

Now that industry, government and investors “suddenly have permission” to talk transition, Cahill says “the floodgates have opened and everyone wants to move really fast”.

Yet so many key questions remain unanswered. A large scale hydrogen industry will require massive amounts of fresh water. Three years of La Niña has brought widespread flooding across much of Australia – but Gladstone’s drought declaration was only lifted this month. 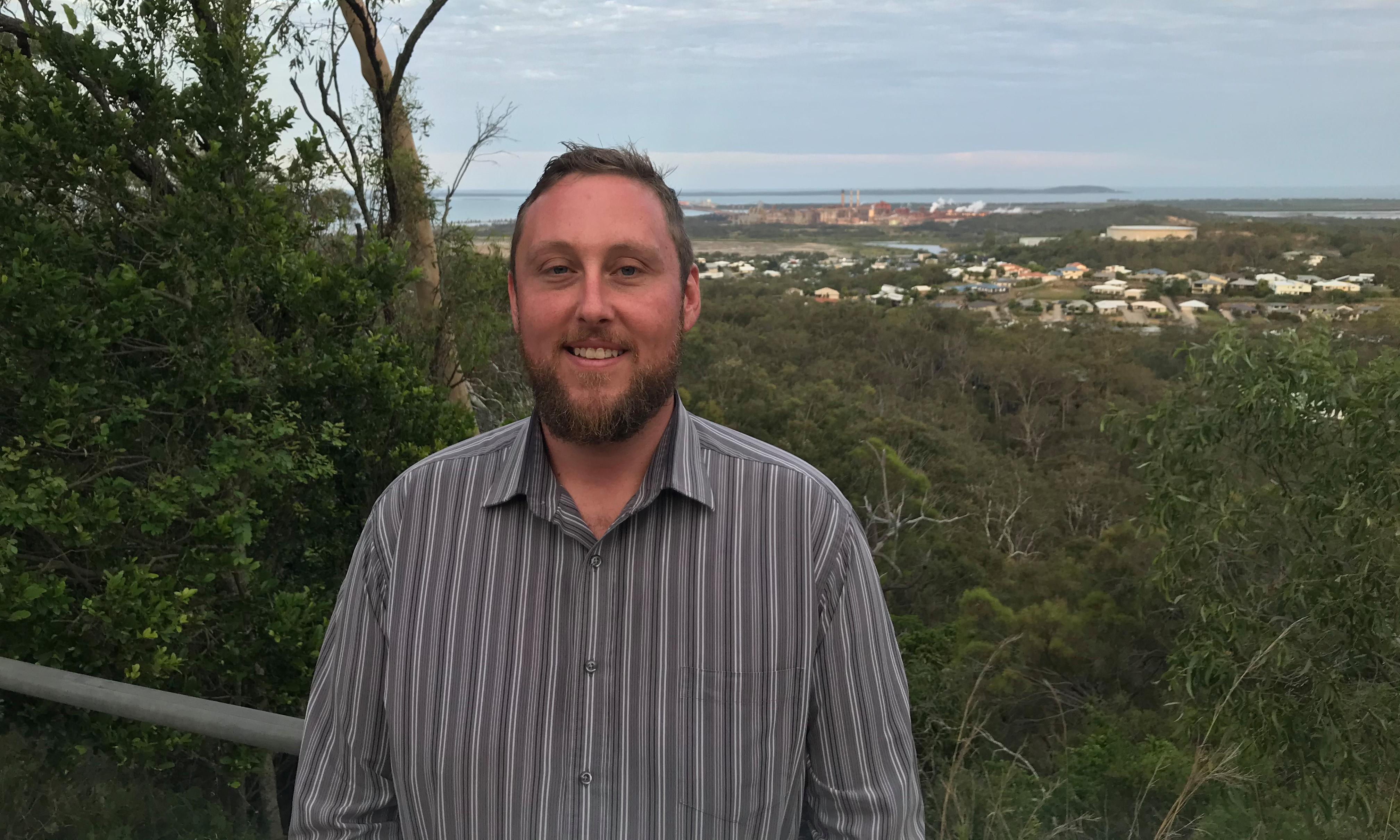 Central Queensland University’s chair in hydrogen and renewable energies, Prof Murray Shearer, says the industry will turn to desalination, if only as a backup. That produces briny water as byproduct. But Gladstone is the gateway to the southern Great Barrier Reef.

And just how much land will be cleared for the wind and solar required to produce the massive amount of energy that an export hydrogen industry and the manufacture of green steel, aluminium, electrolysers and batteries will demand?

To these environmental concerns, the conservation council’s Hitchcock adds the social. There is already a housing crisis in regional Queensland “even before you add boom conditions to the mix”.

“I understand the imperative to reduce carbon emissions and am all for that,” she says. “But at what cost?”

It is the cost of not making the transition, however, that keeps the deputy mayor awake at night.

A lookout above the port, beside an abandoned cafe, offers an almost 360 degree view of smelting plants, the flaring towers of refineries and great piles of coal being loaded on to cargo ships amid a patchwork of mangroves, wooded hills and water.

There, a bronze toposcope marks the sites of industry alongside those of the mountains, rivers and islands, as if the QAL alumina refinery and the Clinton coal facility were as immutable features of the landscape as Mount Larcom and the Calliope River.

Goodluck fears they are not. Rio Tinto, the town’s “largest employer bar none”, has committed to net zero by 2050. But Gladstone accounts for about half of Rio Tinto’s global emissions, he says. Currently it wants to invest, not divest. But what if the multinational decides transitioning the town is too hard?

It would, he says, become a ghost town. But the councillor remains upbeat that, with the right plans set in place, not only can existing industry be saved, new industry will be built. Wildlife — as big as elephants and as small as spiders — are important ... Firm says trial is ‘major step’ towards proving hydrogen could be ...